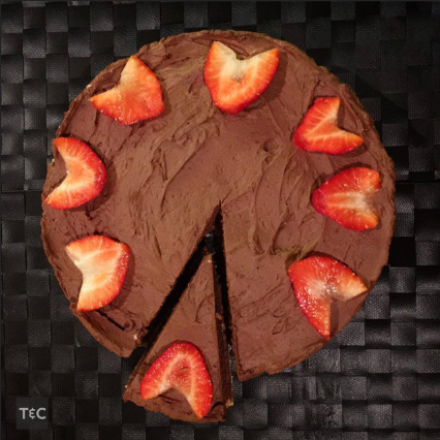 I’m fighting a never-ending war. I want to be fit, healthy and look great… my interpretation of great anyway as this notion is completely subjective (or it should be). But I love food and my eyes are definitely bigger than my stomach.

One of the most important things I have to keep reminding myself on my fitness journey is that one meal or one day will not make or break the process. Sometimes we have setbacks and that’s ok. That’s just life!

Although there are a lot of articles that go back and fourth on the pros and cons, I personally find that cheat days or meals actually keep me more focused and motivated. It’s easy to keep going during the week when you know that on that day, you can have a big slice/plate/glass of ‘INSERT NAME OF YOUR GREATEST WEAKNESS’ (mine is baked goods)

Now the purpose of a cheat day or meal is to go balls out, and apart from being great, it can actually help you lose weight. And it can be good for your mental health too.

But sometimes, I can’t help but try and find ways to keep things a little bit healthier than they ought to be, especially on special days like today, because I’m naturally a worrier (I have my anxiety to thank for that).

It’s Mothers Day. I love cheesecake. My mum loves cheesecake. So I looked at ways I could make it a little healthier and make myself feel a little better about indulging. To that end, this Chocolate Truffle Cheesecake was born. I used bits from other recipes, experimented with some ideas and I’m really happy with how it turned out. END_OF_DOCUMENT_TOKEN_TO_BE_REPLACED

Being single (and in no way bitter about it… haha), I um’d and ah’d about whether to post something valentines related. But then I realised my relationship status has nothing to do with enjoying cute looking baked/chocolaty treats this weekend.

I saw a post on Facebook for these tasty looking truffles and absolutely had to have them. But could I make them a little healthier?

The video begins with a red velvet cake made from a box mix. Now if you know me, you’ll know that I am not a fan of box mixes. I’m not saying there’s anything wrong with them, but I personally don’t like them. I think a fresh mix tastes better and I get a great sense of satisfaction from creating something completely from scratch.

That’s really how my passion for baking and cooking grew. When I was away at university, I took to the kitchen as a way of dealing with stress and anxiety. I’d pick a recipe, go shopping for the ingredients and then for a few hours, just focus on trying to make my dish look like the one in the picture. There were some utter fails along the way, but it was a great form of escapism for me. I found it truly relaxing and of course my housemates/the boys that lived across the road were happy.

So I looked up a few red velvet recipes and considered which elements could be made a little healthier. I focused on three: the sugar, the fat in the cake and the cream cheese. I decided on honey instead of white sugar, coconut oil instead of butter and quark instead of regular cream cheese.

The first two don’t really need any explanation. Firstly, we’re always hearing about the need to reduce our sugar intake and Change4Life’s most recent campaign ‘Sugar Smart’, is the latest public health initiative that looks to help families cut the amount of sugar they ingest. Secondly, if you haven’t heard about the miracle that is coconut oil, then I don’t know where you’ve been! Eat it, moisturise with it, clean your teeth with it, put it on your hair, it does it all haha.

But quark is a lesser-known gem. It is a fantastic substitute for cream cheese that’s lower in fat and more importantly to some, high in protein. The Lake District Dairy Co make a great vanilla flavoured one, which I found in my local Sainsbury’s.

Now that I’ve given you all that information, here’s the recipe…  END_OF_DOCUMENT_TOKEN_TO_BE_REPLACED